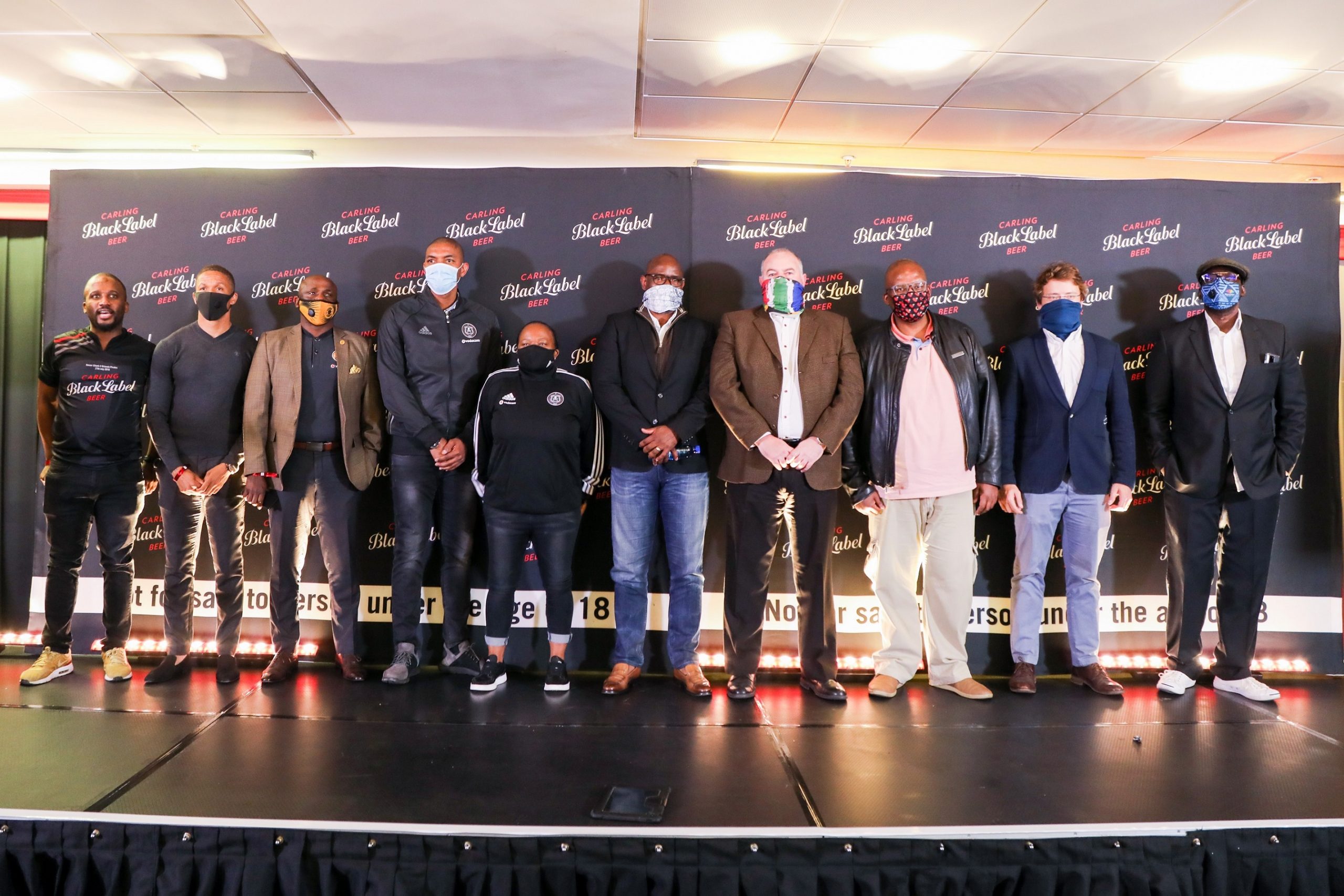 Since its inception in 2011, the Carling Black Label Cup has remained the only match in the world that empowers football fans to take control of the game and their favourite football clubs in Kaizer Chiefs and Orlando Pirates. Due to the restrictions imposed by the global COVID-19 outbreak, stadiums have been closed off to fans and all remaining football matches were played behind closed doors. As the premise of the Carling Black Label Cup is fan engagement, there were huge limitations in optimally engaging with the football-loving fans, media, teams and every other stakeholder involved in this unique showcase of football, which ultimately led to the cancellation of the 2020 Carling Black Label Cup.

“Carling Black Label has a unique position within the South African football landscape, in that our focus is on the fan. We focus on our Champion Fans by amplifying their voices, ensuring fan engagement through innovation and giving our fans experiences that make them feel like Champions.” said Carling Black Label Brand Director, Arne Rust, speaking at the media launch at the FNB Stadium on Tuesday. “We could not deliver another edition of the much-loved Carling Cup to the stadium, but we are proud to announce that we will be turning our Champion Fans’ living rooms into the setting of Cup of Ages – the greatest game ever re-played between Kaizer Chiefs and Orlando Pirates on the 3rd of October 2020 on SABC 1”, said Rust.

In close partnership with Kaizer Chiefs, Orlando Pirates and Stadium Management, Carling Black Label is set to create a 90-minute spectacle with breathtaking football entertainment that will forever transform the way fans see football. The innovative Cup of Ages match will see Amakhosi and The Buccaneers go head-to-head with the greatest players, goals and moments from the past eight Carling Black Label Cup matches.

Similar to the concept Carling Black Label introduced in 2019 (Change the Game: Shaping the Future of Football), the game’s messaging is focused on the fact that ‘anything is possible’. Carling Black Label also encouraged Champion fans of Kaizer Chief and Orlando Pirates to amplify their voices by naming their ultimate starting 11 of players from the different years we saw the Carling Black Label Cup.

“We have worked closely with a group of amazing football pundits to assist with stitching the game together”, concluded Rust.

During the launch at the FNB Stadium on Tuesday, panellists engaged in a range of topics about the Cup of Ages and what viewers should expect and why. Former Orlando Pirates player and analyst, Phumudzo Manenzhe expressed his excitement for the “Player of the Ages” selection which is the equivalent of the ‘man of the match’ accolade. “Until the 2019 Carling Cup, the man of the match selection was usually out of the fans hands, but not in this game. Not only will the fans get to pick their favourite player from a single match, but their favourite player from the past 10 years which gives them multiple performances to select from. This is a fantastic way to reward, not only the fans, but players that have been outstanding over the past 10 years. It makes it so much more special knowing that the decision will be made by Champion fans”, said Manenzhe.
The Carling Black Label Cup of Ages will broadcast exclusively on SABC 1, on the 3rd of October, with a 15h00 kick-off. For more information, join the conversation by visiting the Carling Black Label verified pages on social media.