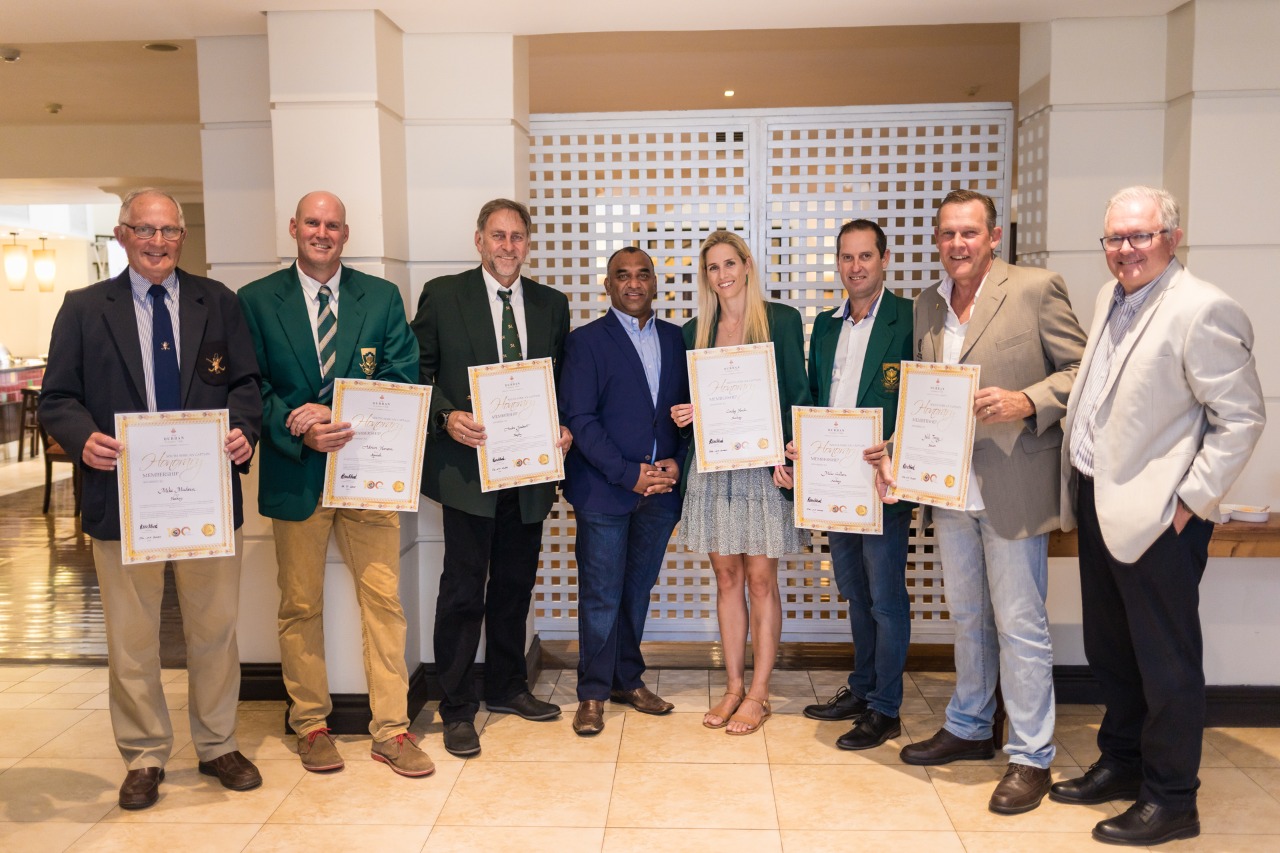 In recognition and appreciation for their service to South Africa as leaders in sport, advocates for sportsmanship and respect for the game, Durban Country Club is honouring South African sporting captains – past and present – with an honorary lifetime membership.

Last night, in a first-of-its-kind intimate event at the Club, the first 6 captains, Neil Tovey (Soccer), Andre Joubert (Rugby), Mike Madsen (Hockey), Adrian Hansen (Squash), Cindy Hack (Hockey) and Mike Cullen (Hockey) were recognised for their amazing achievements and remarkable contribution to our country in sport during their role as captain.

According to Gerard Metzer, General Manager of Durban Country Club, the idea to honour these sporting legends was birthed from the vision to keep the legacy that each of the captains created during their service alive. “So many of our sporting heroes have been forgotten, only to be remembered and commemorated on their death. We want to pay tribute to these legends whilst they are alive so that we #neverforget!”

He adds that it is with great pride and admiration that Durban Country Club is awarding South Africa’s greatest sporting leaders with an honorary membership, “We are incredibly privileged to now have them as esteemed members of our Club.”

This is just the first of many honorary captain events, as, according to Metzer, Durban Country Club aims to honour 100 Captains by 2022, their centenary year.

If you are a past Captain of a South African team, email stuart@saywatt.co.za