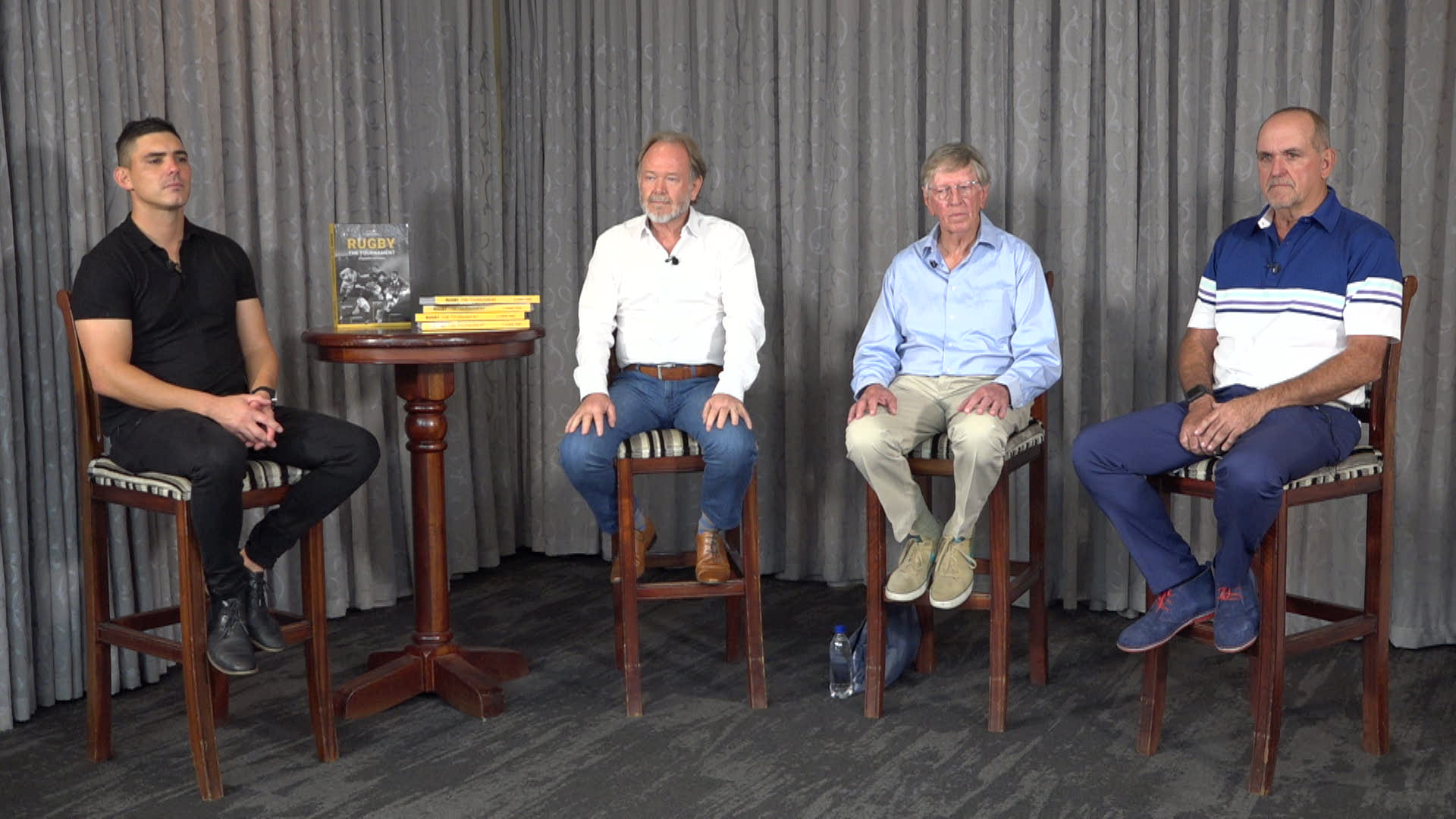 Hugh Bladen and André Watson joined the author for a successful launch event .

A new book that vividly captures the Rugby World Cup’s magic through infographics and fascinating facts was launched on 4 March 2021.

Serving as a reference guide, the book will appeal to die-hard rugby supporters, rugby commentators, journalists, statisticians, and the general sports fan. The book combines compelling statistics and other information and is packaged in an infographic style.

Rugby – The Tournament Infographics and Insights is the ultimate fan’s companion, taking a deep dive into the Rugby World Cup tournaments’ history since the inaugural showpiece in New Zealand and Australia in 1987.

Author Hankie Vogel has masterfully combined statistics and other compelling information and packaged it in an infographic style. The format is not only a feast for the eye but provides readers – or viewers – with fascinating insights into one of the greatest showpieces in global sport.

In Rugby – The Tournament Infographics and Insights, Vogel tackles many themes, including in-depth analysis of the four champion nations, the players’ dramatic physical transformation, and a look at the men that officiated the spectacles. A chapter is dedicated to the rise of women’s rugby which proves fortuitous ahead of the 2021 World Cup in New Zealand. Vogel is planning a future iteration focusing on the women’s game.

While the book is stacked with statistics from cover to cover, Vogel expertly brought them to life through infographics. Readers will find statistics on the last nine tournaments, such as most tries by a team in a single match, the biggest winning margins, most drop goals and other fascinating facts.

Vogel says the inspiration for the book stems from his love for infographics and passion for the sport.
“I wanted to make the most of interesting facts and statistics about the beautiful game more accessible to both fanatical supporters and new converts of the game,” says Vogel, who spent more than three years researching and compiling the book.

“I have packaged Rugby – The Tournament Infographics and Insights in such a way that allows the reader to explore past showpieces in an easily consumable format.”

Rugby – The Tournament Infographics and Insights is the first in an anthology of books that will take readers on a journey through some of the greatest sporting moments in the same colourful and insightful way.

Rugby – The Tournament Infographics and Insights is available in hardcover and paperback (coffee table version), Amazon (print on demand – soft paperback only), and PDF file format where it can be viewed on eBook readers (PCs and iPad equivalent devices).