Volvo XC40 T5 is a car for all occasions 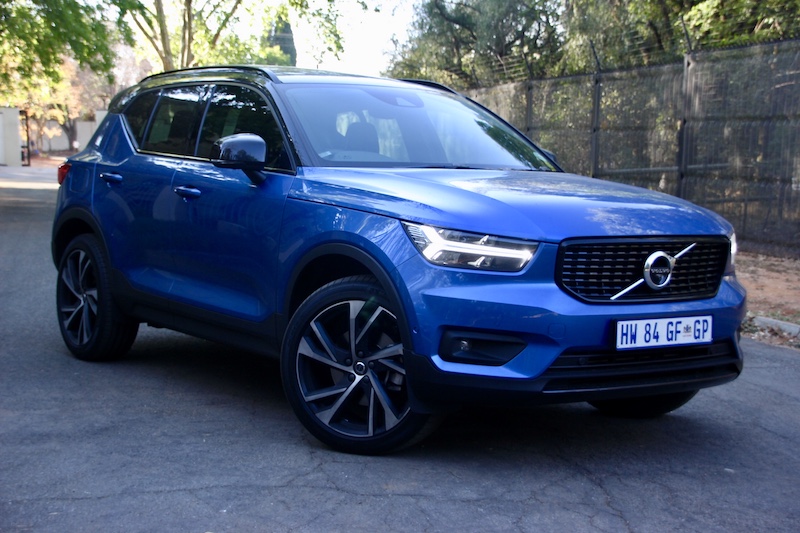 For many years Volvo vehicles had been known for their safety features but on the other hand doubted for their sturdy build and conservative designs. However all about the latter has changed; later generation Volvo cars are now up there with best in the looks department. The same goes for its SUVs, including the Volvo XC40.

The XC40 is the smallest of the three SUV options by Volvo, but no way small in dishing out superlative performance, reliability and well-known Volvo safety. With advcancements in technology, Volvo safety features have also risen to new heights of sophistication. The new safety features for the XC40 include blind spot monitoring, rear cross traffic alert, rear parking sensors and adaptive headlights.

This shows that this family car can play so many roles, including for speed and power play while its sleek design gives it attributes of an executive car. The XC40 T5 R-Design is also an AWD vehicle, which means it won’t look  shabby in offroad driving.

Without wasting words, the XC40 is simply a good luxury subcompact SUV, and with T5 R-Design you are in the money. It offers a pleasant ride with fairly spirited handling. The cabin has quality materials and a sharp design, and passenger space is good for such a small vehicle. The cargo hold is smaller than many rivals’ offerings, but it’s still very serviceable. The biggest issue with the XC40’s cabin is its somewhat convoluted infotainment system.

The interior is a very pleasant and luxurious place to be at. Unlike many of its competitors, the XC40 approaches luxury from a minimalistic perspective, doing away with many physical buttons in favour of a touchscreen. The Volvo Sensus Connect infotainment system houses many of the functions, such as the climate control, driver-assistance systems and media options. While the cabin is clutter-free, the touchscreen does take some getting used to. The simple act of adjusting the temperature or fan speed requires a dive into the infotainment system. This is distracting and not nearly as user-friendly as physical climate controls.

Overall, the XC40 T5 all-wheel drive SUVs are simply the best in its weight division.