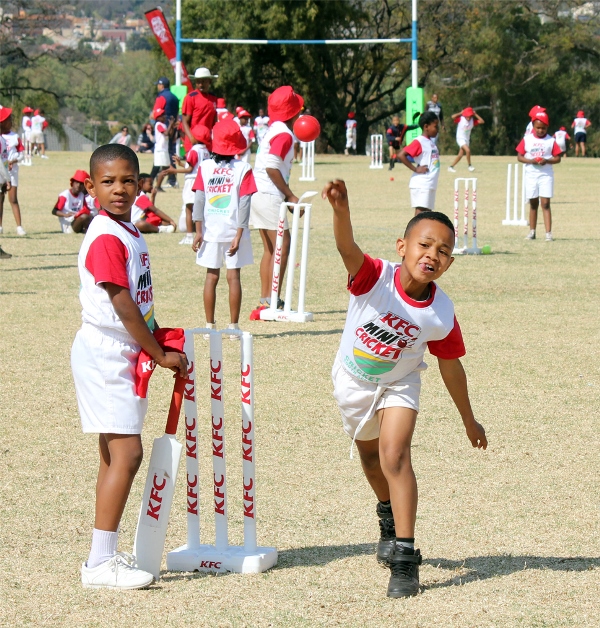 For over a decade, the KFC Mini-Cricket programme has continued to impact thousands of children’s lives, with many going on to have fulfilling careers, on and off the field.

Years after they have left, many of them attribute their now success to their formative years spent as part of the programme.  The current Imperial Lions Head Coach Wandile Gwavu shares a similar sentiment on the impact of children spending the younger days learning and being part of the KFC Mini-Cricket programme.

Currently the youngest franchise coach in South Africa, Gwavu started his cricket career as a Mini-Cricket player in the 90s. He went on to become a junior coach, where he took charge of the successful Gauteng under-19 teams during the Khaya Majola week tournaments, before he was appointed as the Head Coach of the Imperial Lions.

He has always worked to give back to the sport that he loves and has shown that, not only former professional players become top coaches, but everyone who has a passion for the game can become a successful leader.  During the recent virtual KFC Mini-Cricket Provincial Seminars, he continued his mission by engaging and encouraging the community of KFC Mini-Cricket Coaches based in Gauteng.

“I was once in your shoes and through education, hard work and dedication managed to reach the pinnacle of domestic cricket. You can also start where you are and make progress through the ranks,” he said.

“KFC Mini-Cricket coaches have a huge impact on the children that take part in the programme, as a coach you have the power to holistically help young people reach their full potential. You should look back at people, like us, as your success stories and be happy with what you have done.

“It is not just about the players who will play professional cricket one day, but it is also about fundamental requirements needed to become a good member of society and some of these lessons can be learnt from the programme,” he added.

Gwavu reminded the coaches that even though they might sometimes feel like unsung heroes, the players that they introduce to the game will always remember them as the people who made them fall in love with the game.

The 33-year-old coach has already won the CSA Four-Day Domestic Series twice, the Mzansi Super League and the CSA T20 Challenge accolades, both as Assistant and Head Coach, in his short career.

For more information about the KFC Mini-Cricket Programme, visit www.cricket.co.za .