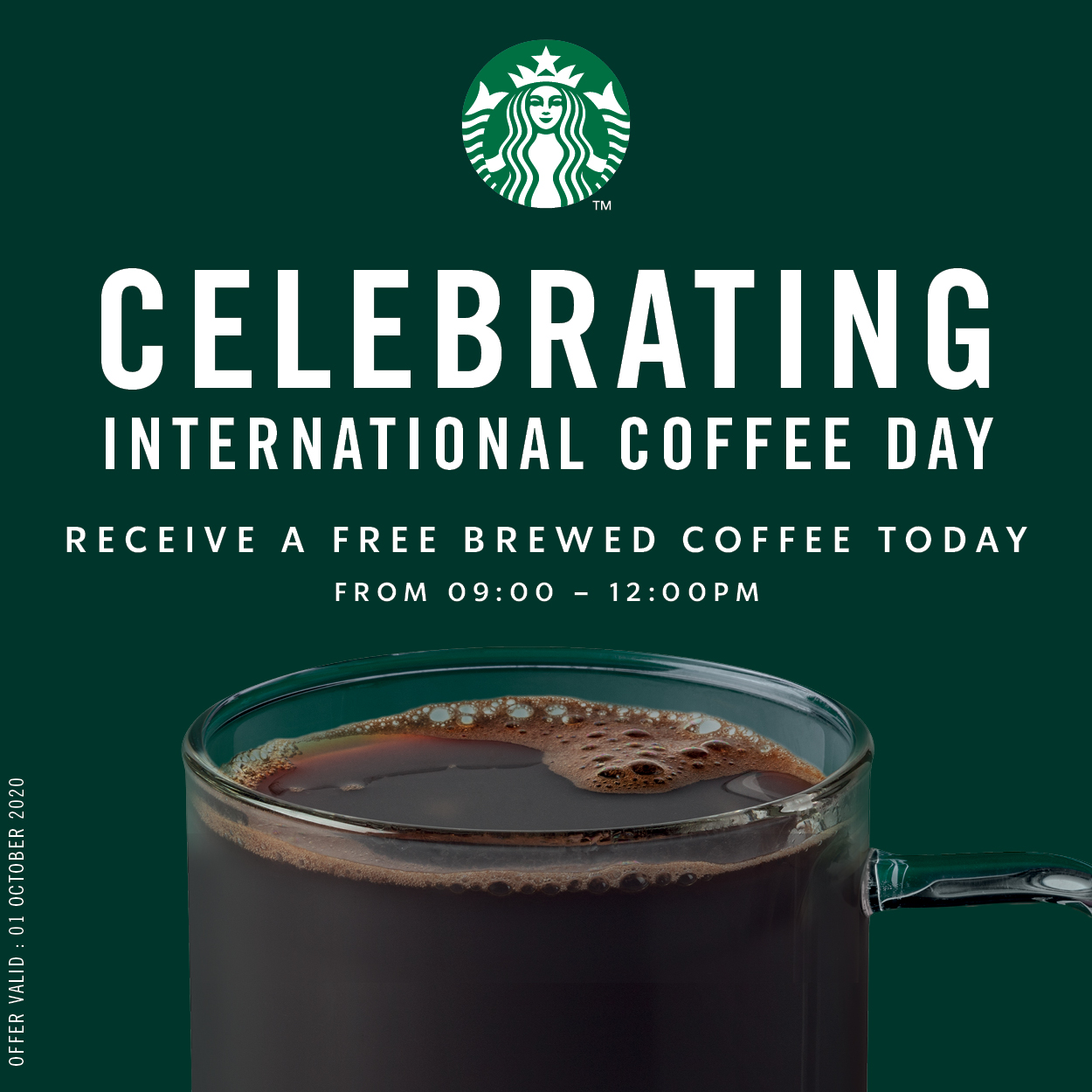 Around the world, almost 10 million tons of coffee is consumed every year.
That’s 27 400 tons of liquid gold each and every day. And on one special day
of the year, it’s celebrated across the world. That day is tomorrow, the
first of October, otherwise known as International Coffee Day, and in
celebration of the world’s most-loved aromatic brew, Starbucks is offering a
free – that’s right – free brewed coffee at all its stores nationwide
between 09h00 and 12h00. With 16 stores in SA’s major centres, there’s never
been a better reason to get to your local Starbucks for a cup of Starbucks’
famed brewed coffee.