Mazda MX-5 RF is a car for future lifestyles 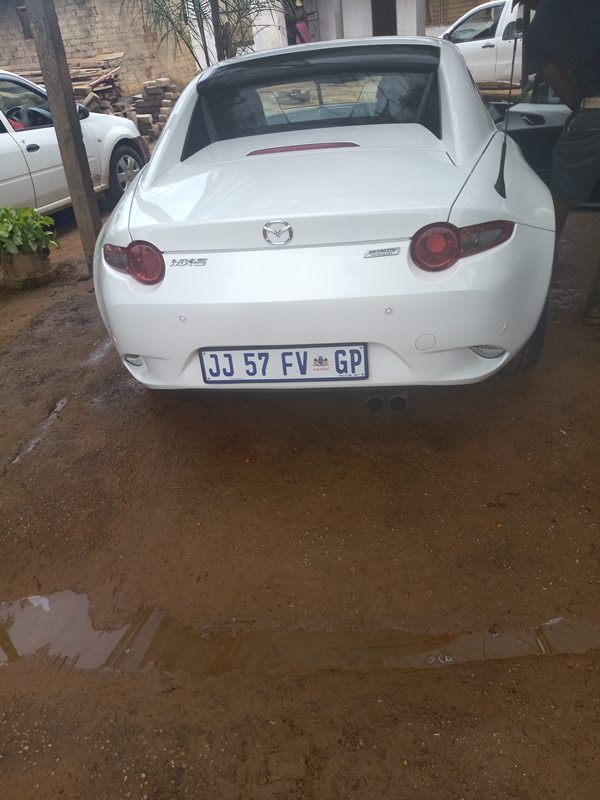 Mazda Motor Corporation is in a good mood, following the company’s 100th anniversary in the past year. The proof to that joyous is the release of better looking new generations of its popular models, including the MX-5, a roadster.

The latest MX-5 RF is not the same as the past models as it’s bulkier and uses a rectractable hard roof, hence the RF in the model name. Though perfectionist are clamourng for the older model, which made a popular return with the 2015 release of the MX-5 Mk. IV, which ticked all the right boxes to be named 2016 car of the year, the RF is no way shabby.

Granted, it does not have a manual transmission option but the world is changing that way, towards more automatic driving. The manual MX-5 and its soft top cover is for the connoisseurs, and there’s nothing wrong with that. Mazda, perhaps, is informed by its own market research  into new trends in motoring and lifestyle.

The RF is set to attract completely new fans with not so much knowledge about the popularity of the previous MX-5 generations.

Mazda however communicated a more technical reason for their decision.

Nobuhiro Yamamoto, Mazda MX-5 programme manager, said: “Our aim was a convertible sports car with gorgeous fastback lines when the roof is closed and an exhilarating open-air feeling when open.”

The 2020 MX-5 RF has the same engine as its flop-top sibling: a 2.0-litre, four-cylinder that can muster 118 kW at 6 000 rpm and 200 Nm at 4 600 rpm. Top speed is 194 km/h, which is more than sufficient… but slightly slower than the manual which, as  mentioned earlier, is not available for the latest edition which is only available with a 6-speed auto-box.

The slightly lethargic pull by the RF owes to its 1 119kg auto-box, which is heavier by all 67 kg against the soft-top MX-5. That’s lot but does not necessarily mean the RF is a snail. In fact, it’s fast for any reasonable one would need speed for from a two-seater roadster.

Despite its bulkier appearance, the car’s reflexes are still reasonably sharp and its handling feels safe and predictable. This makes it a fun car to hustle along fast and slow corners, for experienced and less experienced drivers. But it does feel more blunt and cumbersome than the ragtop.

The upside of this is a comfy ride in everyday use. The automatic gearbox makes commuting less taxing, even though it can feel to belong in an SUV or less glamorous panel van.

The MX-5 RF boasts one-piece heated leather seats which are comfortable, supportive and hold the driver in place when cornering. Loudspeakers are beautifully integrated in the seats and positioned close to the occupants’ ears.

The infotainment system is easy to control through rotary knobs between the seats, or on the 7-inch touchscreen display (MZD Connect). It has embedded satellite navigation and Premium Bose sound with nine speakers. There’s no smartphone integration, but the Bluetooth interface – for music and calls – does a good job. A large rev counter enjoys pride of place in the instrument housing.

The boot is small, just 127 litres, but enough for a luggage of two light travellers.

Overall, this RF roadster still carries forward the thrill of the MX-5, the car you don’t buy out of necessity but  for fun and enjoyment of life.  More than a million have been bought to date, making the MX-5 the best selling roadster in the world. The RF is still good to get, despite the complaints about lack of option for the manual drive model.