The Volvo XC90 T6 is a spledid SUV, if you can put aside petrol blues 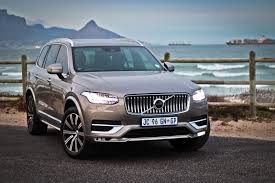 The Volvo XC90 has come a long way from its humble beginnings in 2002, to an impressive bigger, luxury SUV from its second generation launch in 2015.

Luxury is still the central theme for the XC90 and that, including its build, has not changed much five years after the launch of the second generation.

So what’s new to write about this Swedish work of industrial art? Quite plenty actually but for starters, let’s explain the “T” in the model description T6. It means turbo-petrol engine, while the “D” in other derivatives means turbo-diesel.

However this distinction is likely to end soon as industry pundits are predicting that the environmentally conscience Swedes are planning to phase out fuel engines and produce electricity powered vehicles only. The signs are there already. The XC90 engines have shrunken to smaller oprations, given the size of the vehicles they drive. The smaller engine shows the XC90 is ready for the future, as it can already propel its host at any speed. The eight-speed automatic gearbox provides good ratios and effortless shifts to an intelligent all-wheel drive system.

On average the T6 powers from 0-100km/h in 6.80 seconds, though Volvo vouches for 6.50, which, either way, is very fast for a 2-ton SUV. Maximum power and torque of 225kW and torque of 400Nm give this beauty some beastly attributes when coming to power and speed.

But you need deep pockets to enjoy this power all the time because the T6 gulps quite a lot of petrol for this driving pleasure, up to 10 litres per 100km, which can leave its 70-litre tank as dry as the Namib desert in no time. This explains why there is the “D” alternative to consider if petrol costs are your concern, because it would be heartbraking to pay R1.125 million for a car and never enjoy it.

Beyond the petrol challenge, the check list about what’s good about the Volvo XC90 T6 is so long we are not going to even think about concluding it in this space. A formal person will love the grille with its authoritative outlook. Power flows from the grille to the rest of the beautifully crafted SUV.

Light-hearted individuals will be thrilled by the magnificent sound system and other fun  personal technology stuff dished out by the hitech tablet PC infotainment screen on the dash.

The beautiful interior is truly dominated by very comfortable premium leather seats designed to snug in any body, in all three rows of sitting.

Safety first is the ethos of Volvo and Swede culture, so to say. So, the latest XC90 features Volvo’s exclusive Pilot Assisted Drive, which allows the vehicle to take over steering and braking at up to speeds of 130 km/h. The car does all that as it scans the road for obstacles of any type, and not just picking up even the road signs but reads them as well!

For some motorists, parking, more so via reverse, is an awkward part of driving but the  XC90  takes away that headache; it basically parks itself. This SUV looks just too good for off-road driving but it can easily afford rougher terrain, given its AWD ability and the impressive ride-height.

If you can afford it, you can’t go wrong with the XC 90, the flagship of Volvo’s SUV vehicles and one of the best in the world in its category.