The increase in viewership on e.tv during the Family Feud South Africa time slot is no laughing matter 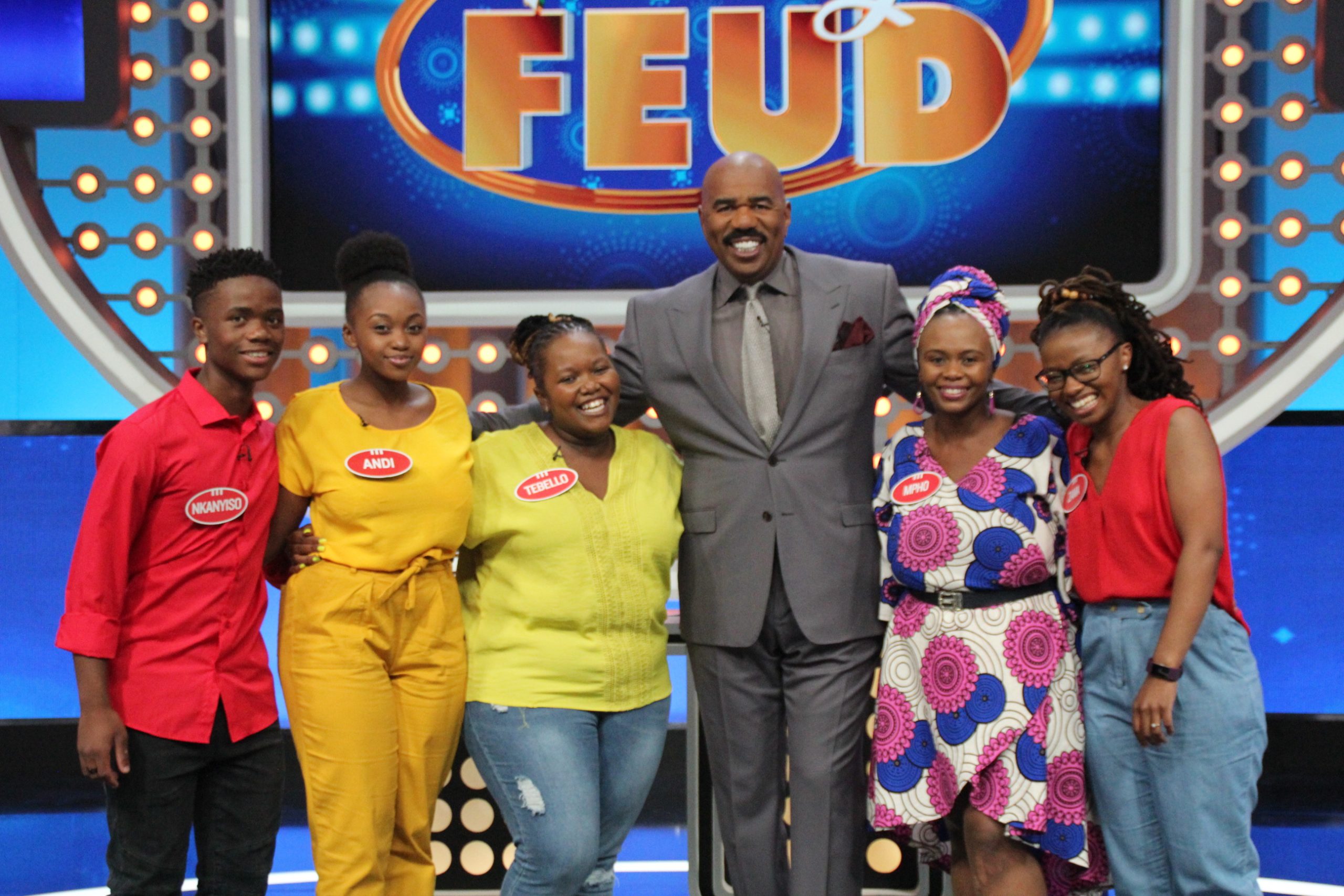 On Sunday 5th April this year at 6 pm, e.tv launched the first episode of the 26-episode series of Family Feud South Africa. The Family Feud format has been an instant success in SA and is now the No 1 watched TV show in South Africa, with over 2.2 million viewers (age 15+) on average, every Sunday between 18h00-19h00.

The award-winning entertainer and host of Family Feud South Africa, Steve Harvey, was instrumental in bringing Family Feud to South Africa. He has been keeping a close eye on the viewership numbers and is delighted to see how the South African audience has taken to Family Feud SA and the overall success of the show.

Suhayl Limbada, Marketing Director at KFC said that during lockdown, most people were looking forward to entertainment for the whole family and Family Feud delivered on exactly that. “We are delighted that we have been able to not only partner with such a popular gameshow, but to bring the best family entertainment to African shores for the first time hosted by none other than comedian Steve Harvey. KFC is renowned for bringing families together over buckets of chicken and this partnership was a natural extension of that – after all what’s better than great food coupled with great entertainment.”

Steve Harvey and the local South African producers, Rapid Blue, are waiting anxiously for the COVID-19 lockdown to end in South Africa so that Steve can return to film and host Season 2.

The questions in the game show are sourced from answers received from a survey of 100 South Africans, questions relate to South African culture, cuisine, locations, and of course, general questions. The family scoring the most points walks away with cash, the family that comes second gets R10 000 worth of KFC vouchers, not bad for an evening’s work.

Contestants answers to the questions are often hysterical, but when it comes to funny man Steve Harvey trying to pronounce some of our names and then trying to come to grips with our South Africanism, that is even funnier. Steve Harvey has admitted that he has loved learning about our diversity and uniqueness.

The final episode of Season 1 will flight on the 27th September 2020, with a repeat on eExtra on the following Friday, but it will certainly not be the last of this game show airing in South Africa.

This week the Berry family from Meyerton meet the Lebona family from Haddon, south of Johannesburg.

Steve Harvey formed Steve Harvey Global (SHG) in 2017, to consolidate and expand his vast business and media interests. Steve Harvey Global is focused on creating and delivering entertaining, powerful and motivational content, products and experiences to inspire audiences around the world.