The sky’s the limit for Chef Bobo 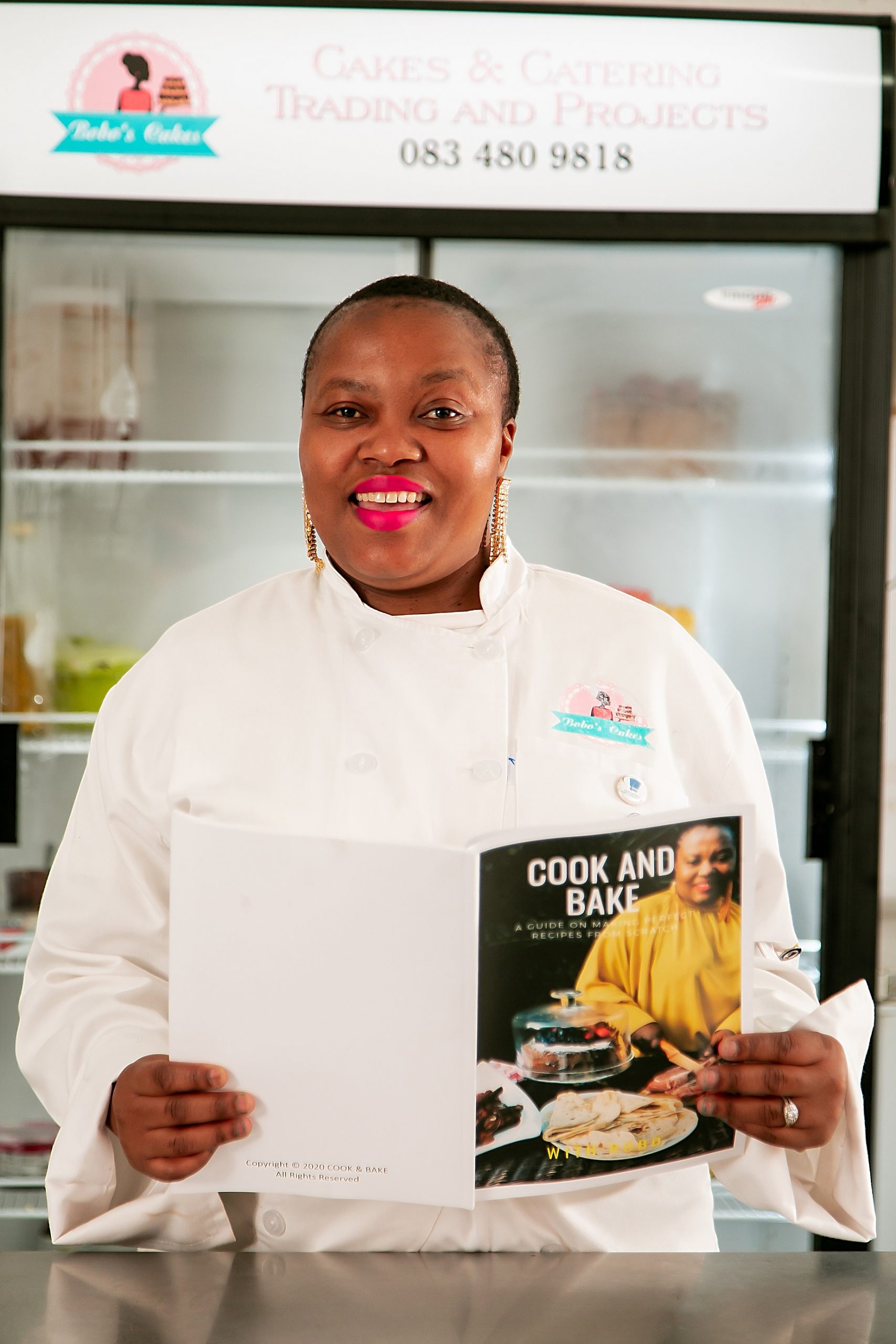 43-Year-old Mavis Bobo Mathosi, fondly known as Chef Bobo, recalls spending her years as a girl child dreaming of cooking delicious, nourishing meals as her someday, full-time job.  Back in the real world, life happened and her dreams were forced into a state of pause – or truthfully, left for dead.  Enter year 2014 when she started a day job as a temp coordinator in the Compressor Technique division at Atlas Copco, a multinational industrial company which specialises in the manufacturing of industrial tools and equipment. The company prides itself in a people first ethos which forms the first foundational pillar of their company.  Not too long after joining the company, Atlas took notice of her passions and, put the power back into her hands with which, she breathed life back into those dead dreams.

Chef Bobo couldn’t contain her giftings and leave them in her heart where, most would say they belonged as, life demands a different response given the challenges it brings.  “I never went to chef school to learn everything I knew in term of the culinary skills I possess.  Truth is, I learned what I know from watching my mother and sister.  At 12 years of age, I became the ‘family baker’.  At 14, I managed to perfect baking the traditional sponge cake.  I did however, get an opportunity in 2018 to attend a Chef course the University of Johannesburg (UJ).  I grabbed the opportunity and now have a Certificate in Food preparation at the end of my name.”

Given Chef Bobo’s story, it’s a given that entrepreneurs are born and not made as at 17, her older sister and her started their own business selling banana cake, swiss rolls and the popular madeira cakes.  “Whenever I found a traditional desk job, I would bring cakes and salads to share with colleagues.  I’m ever so grateful that one company took me seriously,” she laughs.

Enter present day post being earmarked for empowerment.  True to their mission Atlas Copco, a multinational industrial company which specialises in the manufacturing of industrial tools and equipment not only saw but, recognised this lady’s talents in the kitchen.  On her employ here, the company took note of her generous and talented spirit and, donated R39 000 in cash together with an electric stove, a four-burner gas hob, a double deck oven, and a double door display freezer with which to get her catering business started.  “Cooking and spoiling people through my meals has always been intrinsically ingrained in my character,” says Mavis Mathosi.  “I used to get to work early and even bring staff their coffee in the mornings, as I take such pleasure from treating people with goodies from my kitchen.  Baking is, and will always remain my first love – I used to bring my colleagues biscuits and cakes which I made by hand and, one day everything changed,” she says.

“We pride ourselves in placing value in people and, helping them grow as individuals as well as professionals,” says Bongani Ndlovu, Atlas Copco’s CSR Manager and Executive Assistant.  “Chef Bobo displayed such passion when she was in the kitchen.  While she was great at her day job and, after personally sampling her creations, we couldn’t allow her to continue working in a job that wasn’t her true passion.  She welcomed the donations with gratitude and six months since starting at Atlas, left to follow her heart.  Today, Chef Bobo has turned her dream into a profit-bearing business which gives back to the community and to those who share her dreams in other provinces who have heard about her,” he says.

Not too long after in June 2015, the business was registered and took off with a boom.  Five years later, Chef Bobo has had a book called ‘Cook and Bake with Chef Bobo’ published, employs freelance contract workers from the community and, has even created a cooking school.  Students hail from as far away as Limpopo and KZN.  The students complete the courses with Chef Bobo, and acquire a QCTO accreditation on their departure – this equips them to start jobs at hotels, restaurants or any other establishment which trades food.  “I absolutely love that I get to live my dream on a daily basis.  There is never a day when I am not incredibly busy though you will hear no complaints from me.  This job incredibly fulfils me,” she says.

Her dreams for the near future include purchasing a larger property which will be used to house the students who arrive for studies from out of town.  Right now, the property on which she resides doubles up as a wedding venue.  She is also hard at work on her second book which she hopes will be released to the public early next year.

When asked what her dishes of specialty are, her face lights up: “I have to say that my melting moments biscuits, jam tarts and beef trotters with dumplings are where it all started.  I cannot thank the company enough as I cannot imagine doing something else with my life,” she says.

The humble chef admits to still working at her dream and offers the following advice for fellow dreamers:  “You can achieve anything you set your mind at accomplishing,  All you need to get there is grit, tenacity and the gift that you have been given.  Work hard for your dreams and don’t compete with others.  We’re each on our own journeys and, will get to our destinies at the appointed time.  Like tending a garden, plant, sow and in time, watch your hard work bring in the rewards,”