The Suzuki Brezza is no small player in SUV market 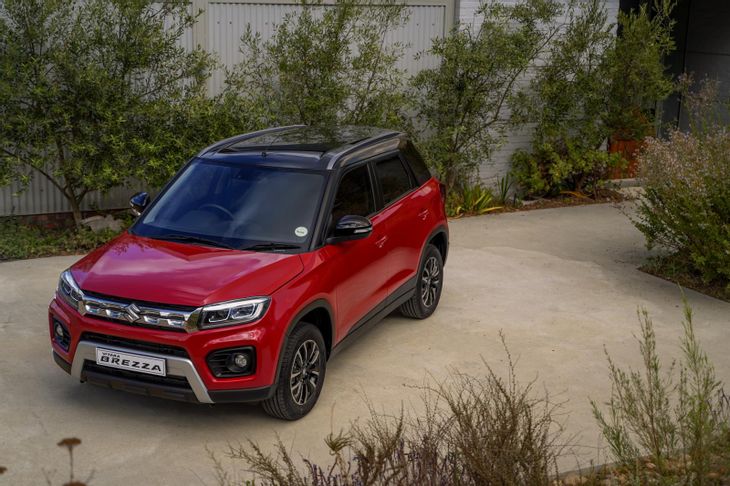 The Suzuki Vitara Brezza is an impressive vehicle offering a lot in surprises, more than the eye can see. What’s obvious at first glance though is that, though the Brezza does not rank among the bulls of the SUV market, it is also not suitable to describe it as a compact SUV. That gives a wrong impression because compact SUVs are smallish vehicles and the Brezza is not a small.

Its rugged character gives it the badge of a proper SUV, size notwithstanding. Vouching for its size is that the Brezza is a roomy vehicle, properly sitting five people with sufficient comfort no matter the distance of the trip.

The Vitara Brezza is a very stylish SUV, with a square and stocky build. It has all the styling features modern SUVs are known for –  alloy wheels, big chrome grille and elongated LED lights (with a 3D effect at the rear), just to name a few. The alloys are standard on the GLX derivatives, but GL variants have to make do with the steelies.

All the models are produced as two-toned vehicles in the exterior. The rear spoiler gives the Brezza a sporty look, which means this SUV is also useful for fun and games apart from serious business of daily life.

The black cloth seats are fine and comfortable, so no stress there. The excitement is what sits in front of the front seats:  the neat and steady dash housing a  user-friendly infotainment system supporting either Apple CarPlay or Android Auto. The dash further looks good when the lights  surrounding the odo- and speedometer are on.

The steering wheel in the GLX models is leather-covered, with additional buttons for the cruise control and voice control. The GLX also boast keyless entry, an auto-dimming rearview mirror, auto-folding side mirrors and a 12-Volt socket in the boot.

All variants have climate control, rear parking sensors and a rearview camera.

The Vitara Brezza is driven by a naturally-aspirated 1.5-litre engine with 4-speed auto gearbox. it can be driven anywhere, from the suburbia right into the freeway leading to country roads far ahead.   The four-cylinder petrol engine produces 77kW power and 138Nm worth of torque, sipping a mere 6.2l/100km on the combined cycle, that is if you are a level-headed driver not easily given to unncessary bursts of speed. The engine can be mated to either a five-speed manual or four-speed automatic transmission for a powerful front wheel drive.

The Vitara Brezza has sufficient safety features, from  ABS with EBD brake assist, to rear ISOFIX child seat anchors and two front airbgas. Being built in India (as many Suzuki models in SA are today) had also raised safety concerns in some quarters but the Brezza passed very stringent crash testing in Europe and an impressive four stars out of five. The trump card was the vehicle’s TECT (Total Effective Control Technology) structure, which enables the SUV to firm up against all sorts of loading pressure exerted on it.

The Brezza is an SUV for every day use and also useful for special assignments, which is a big plus for it as far as  value for money is concerned. It is roomy with a large loading space in the boot. It’s not a car for power, but reliability and comfort count a lot more than speed and aggression. So, in short, the SUV called the Suzuki Vitara Brezza ticks all the boxes for a quest for practicality, reliability and fuel economy.