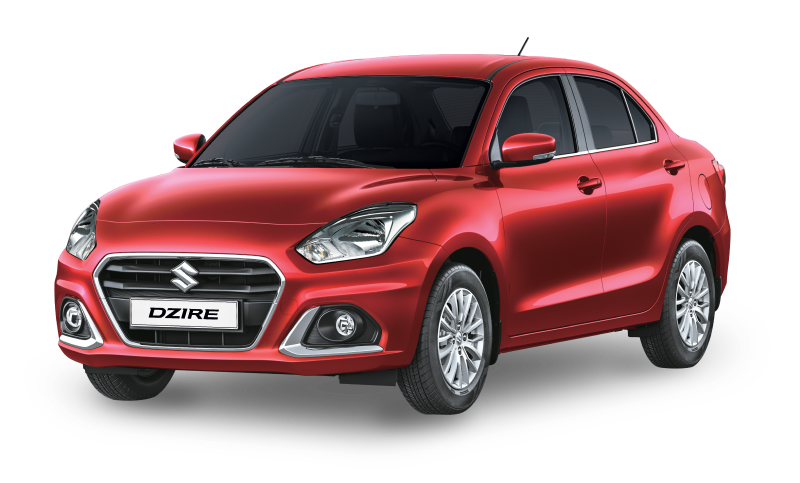 First and foremost, let’s not waste time and say this is best value for money family car, as far as performance, fuel economy by its 1.2 litre petrol engine, fine features and modern specs.

Secondly, let’s demistify the model’s name – Dzire. It reads “desire”, so it’s no mystery name in Japanese or another language of the world!

Suzuki have overdone themselves in enhancing the Dzire to be a good-looking  compact sedan that is keen to deliver on its basic tasks and more.

The new Dzire sedan is based on the popular Swift hatchback, with a massive raise in its standard and safety features, at a relatively same value as the previous edition.

From the front, the new-look grille and bumper gives the Dzire a desirable presence. The front bumper is further available in silver in the entry level GA model and chrome in the GL models, which now roll on 15-inch alloy wheels.

Inside, there’s a new upholstery, and standard spec is good.

All Dzire models come with electric windows, power steering,  air conditioning and remote central locking as standard. The GL models have front fog lights and Bluetooth connectivity, with another 12V power socket at the back.

ESP has become crucial in modern motoring. The Electronic Stability Programme, which is designed to improve a vehicle’s stability by detecting and reducing loss of traction, has  been added across the range. ESP’s other benefit is to help to  prevent uncotrollable skidding of the tyres. Counting that and ABS brakes, with brake force distribution and emergency brake assistance, the safety of the Dzire despite its size is something that cannot be scoffed at.

It’s powered by the 1.2-litre naturally-aspirated petrol engine, which gives the Dzire the frugality that desired by consumers in the face of ever rising fuel prices.  Suzuki claims 4.9-litre/100 km fuel economy however it hardly goes beyond 5.4 even pressed hard on the freeway.

The engine outputs deliver 61 kW and 113 Nm from the 5-speed manual gearbox. The range topper, GL AMT, is available in automated-manual transmission, also known as the Auto Gear Shift.

Overall, Suzuki Dzire is good value for money for a compact sedan.

All sold with a promotional 5-year / 200 000 km comprehensive mechanical warranty and a service plan for two years or 30 000 km.