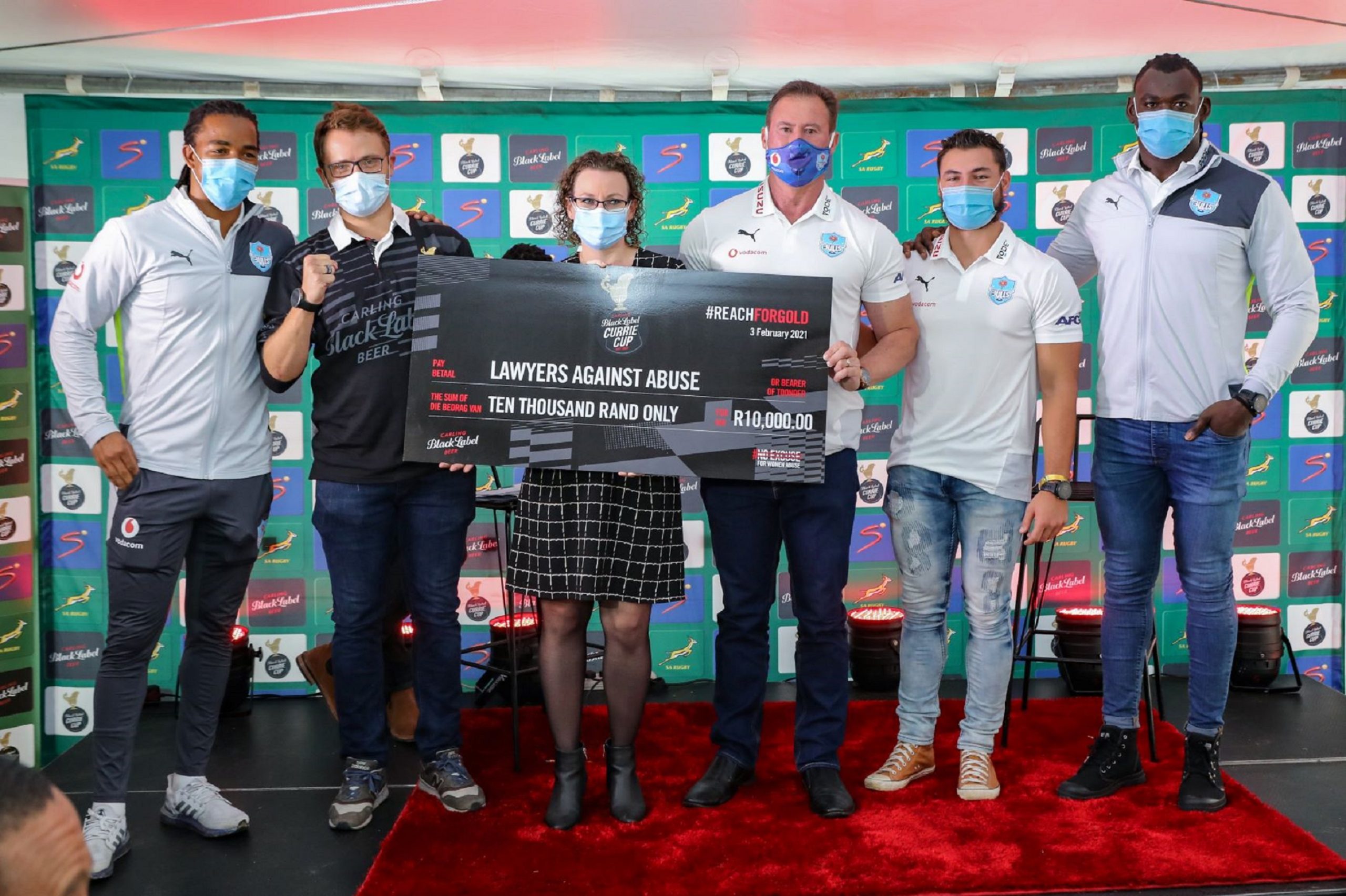 In a year where global sports and entertainment was hard-hit by restrictions due to COVID19, South Africa’s leading beer brand partnered with SA Rugby as title sponsor of the Currie Cup. The partnership set out to inspire consumers and players to dig deep, “reach for the gold” and find the champion within, which all seven unions showcased in a season that required each individual to play with passion, strength and their hearts on their sleeves.

“The year 2020 was a unique year that really required a spirit of endurance & a willingness to pierce through the challenges to come out stronger than before. This is the same spirit witnessed in the 2020/21 Carling Currie Cup. Rugby is a sport enjoyed by many South Africans from different backgrounds and is therefore a great platform to encourage them to become stronger and ultimately, better versions of themselves by digging deep within. The Carling Black Label brand believes that everyone can be a Champion if they dig deep.” Said Carling Black Label Brand Director, Arne Rust.

Although the stage was set for the action-packed fixtures, adapting to the new normal was not an easy process as the empty stadium seats meant that fans and players alike had to be encouraged remotely as fans were unable to attend any matches in compliance with safety regulations. The arduous road to the final required character from each team which was evident in the physicality of the games as the teams edged one another to reach the much-anticipated final. Pretoria’s prestigious Loftus Versfeld Stadium was set as the battleground, as two titans in Tshwane’s Vodacom Blue Bulls and eThekwini’s Cell C Sharks collided in a riveting game of rugby, with the men in  Blue kit walking away confidently with the honours.

The partnership saw the two stakeholders take a stance against gender-based violence (GBV) for 16 Days of Activism as players, technical staff and management took part in a demonstration by making the renewALL vow, wearing the rings and undertaking the Champions for Change (C4C) course, which is facilitated by Carling Black Label’s on-the-ground partner, Father-A-Nation. To conclude the Carling Currie Cup, the seven unions each selected a local NGO, which focuses on the eradication of GBV, whereby each selected NGO will receive a donation from Carling Black Label and the man-of-the-match recipients, who each donated the other half of their winnings. The cheque handover took place in Diepsloot, where the Carling Currie Cup champions’ selected organisation, Lawyers Against Abuse, are based and where it was witnessed being recipients of R10 000 to assist them in fighting GBV. This is in line with the brand’s 365 days of activism.

“This is in line with our brand’s commitment to rewarding champions and inspiring positive change in communities. We are constantly seeking ways to empower champions and this was a befitting way to do so. Similarly, to the taste of the liquid inside a Carling Black Label bottle, there is gold inside every champion fan, with that said however, the Vodacom Bulls will have the unmatched privilege of drinking this very liquid from Sir Donald Currie’s cup. Congratulations to the pride of Tshwane.” Said Rust.