In memory of Bob Mabena, a giant of entertainment 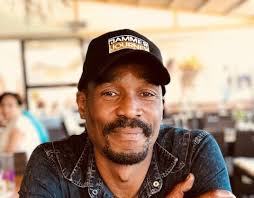 The passing away of Bob Khomotso Mabena yesterday marked the end of a glorious
and colourful entertainment career for the 51 year old.

Paying tribute to Mabena, RiSA CEO Nhlanhla Sibisi remembered him as a pioneer
of modern urban radio. With his swag and charming demeanour he personified the
word ‘cool’. His gift behind the microphone was peerless and his sharp mind
unmatched.

We hold enduring memories of his talent as a SAMA Best Rap winner and a SAMA
host. He graciously agreed to be one of the hosts  to mark the milestone 25 year
anniversary of the SAMA last year and he and Melanie Bala brought back the magic
they were known for from the days of 1990s television music show Studio Mix.

Uncle Bob, as Mabena was lovingly called in the industry, was a man of stature
and great influence. A giant of popular culture, he inspired generations as he
proved time and again that it was possible for a black child from the township
to rise to the top and remain consistent.

As the elder statesman of radio with experience stretching as far back as 1989
on Radio Bop, Mabena was a repository of knowledge. At his death he was Head of
Programming at MSG Afrika and PowerFM breakfast show host.

Mabena’s  legacy is one of selflessness. He gave his life to radio and
entertainment. He was generous in his teachings and opened doors for many more
broadcasters. His dream was to open a school in Pretoria teaching Pan-African
education at early childhood.

Our heartfelt condolences go to his wife Eucharist, his children, the entire
Mabena family, colleagues at PowerFM and other media platforms, as well as to
the fans and admirers of his work.

May the soul of Bob Mabena rest in peace.