LEAD YOUR TEAM TO VICTORY WITH THESE CARLING CUP GAME-CHANGERS 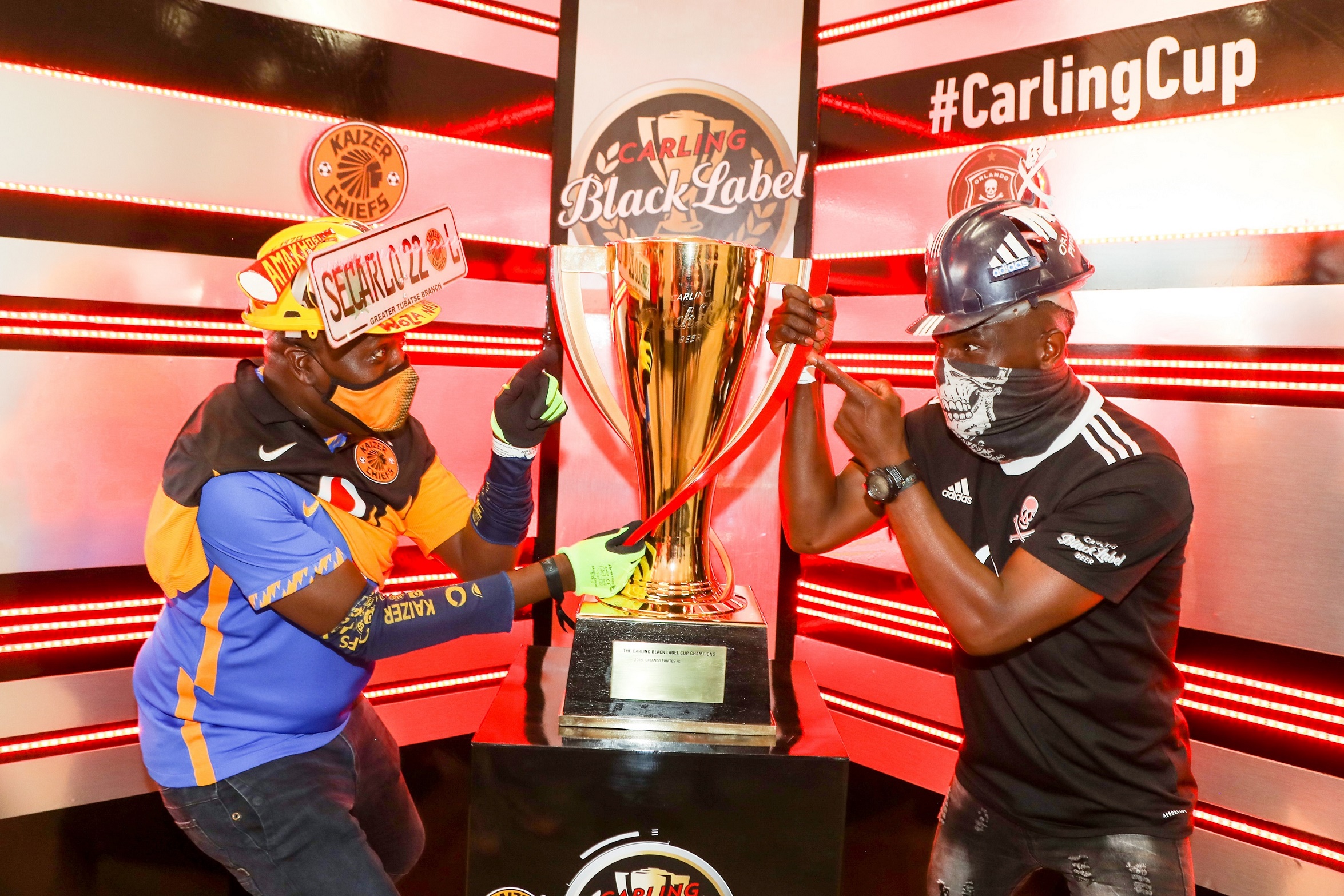 Dating back to 1970, the Soweto Derby has solidified its position as the most fiercely contested derby on the African continent. As a pre-season Cup game, the Carling Black Label Cup is the first match played ahead of the new season and provides fans with an opportunity to witness their team’s new signings, new kits and state of readiness. This unique clash of the two Soweto Giants, Kaizer Chiefs and Orlando Pirates will once again put the power in the capable hands of the fans as they select their starting line-up and game-changers for the showpiece.

In an effort to advance the overall fan experience, this year, Champion fans are afforded with the opportunity to select from five innovative game-changers. As with every Carling Black Label Cup, the fans’ coaching journey will begin with them selecting the starting XI, followed by their preferred formation. In addition to representing their team’s ‘style of play’, formation brings structure and determines how the players (excluding the goalkeeper’s position) line-up on the field of play, starting with the defensive player positions. Champion fans are further encouraged to select their preferred formation based on their selected players’ strengths and weaknesses, as this will maximise the team’s efficiency.

Following the selection of the team’s line-up, the fans may vote for a player who they would like to take the first penalty, should the team be awarded with one during regulation time. As this may be a more challenging game-changer to select from, the passionate fans of Amakhosi and The Bucs have free access to the Carling Black Label Cup website which will provide them with insights on individual player performance data; which will assist them in making more informed decisions when making their player selection.

To truly experience the game, their way, Champion Coaches will have the final say on which player will marshal their team’s forces at the Carling Black Label Cup match as the third game-changer will see them select the team captain. On match day, as with every technical team the Champion Coaches will have to observe the game and make critical decisions during the match to select their preferred substitutions, via Twitter, as the fourth game-changer. Once again, the Carling Black Label Cup website will prove to be useful to the fans as match data will be readily available for them to utilize when making their substitutions.

The fifth and final game-changer proved to be a fan-favourite in 2019, as the Champion Coaches’ final task is to reward the top performing player with the man-of-the-match accolade. Like the substitution mechanic, fans will be voting on Twitter and via USSD. “The Carling Black Label Cup is all about engaging and rewarding the Champion Fans. Twitter happens to be amongst the fastest growing social media networks and there are plenty of football fans who engage in football conversation on the platform. We would like to bring that online community closer to the game and ensure that their voices are heard in the Carling Black Label Cup. “Said Carling Black Label Brand Director, Arné Rust

Although fans will not be allowed at the stadium for the 2021 Carling Black Label Cup, two lucky fans, over the age of 18, will have a unique opportunity to be the Ultimate Champion Coach guaranteeing them a spot on the bench on match day. Like true Champion Coaches, the winning fans will coach the Soweto Giants during training and sit in the pre-match briefing before making their attempt at leading their team to victory against their fiercest rivals. Consumers can enter by purchasing a selected Carling Black Label beer and dialing *120*660* unique code #. Entry is free for Vodacom users and 20c per 20 seconds on USSD for other networks.

ABOUT THE GAME CHANGERS:

*   Coaches can vote for the formation of their team.

*   Coaches can vote for the captain from their starting line-up.

§  Coaches can vote for who will take the in-game penalty.

Man of the Match

*   Coaches can vote for the man of the match via Twitter on game day.

Please refer to Annexure A for update on selected line-ups.