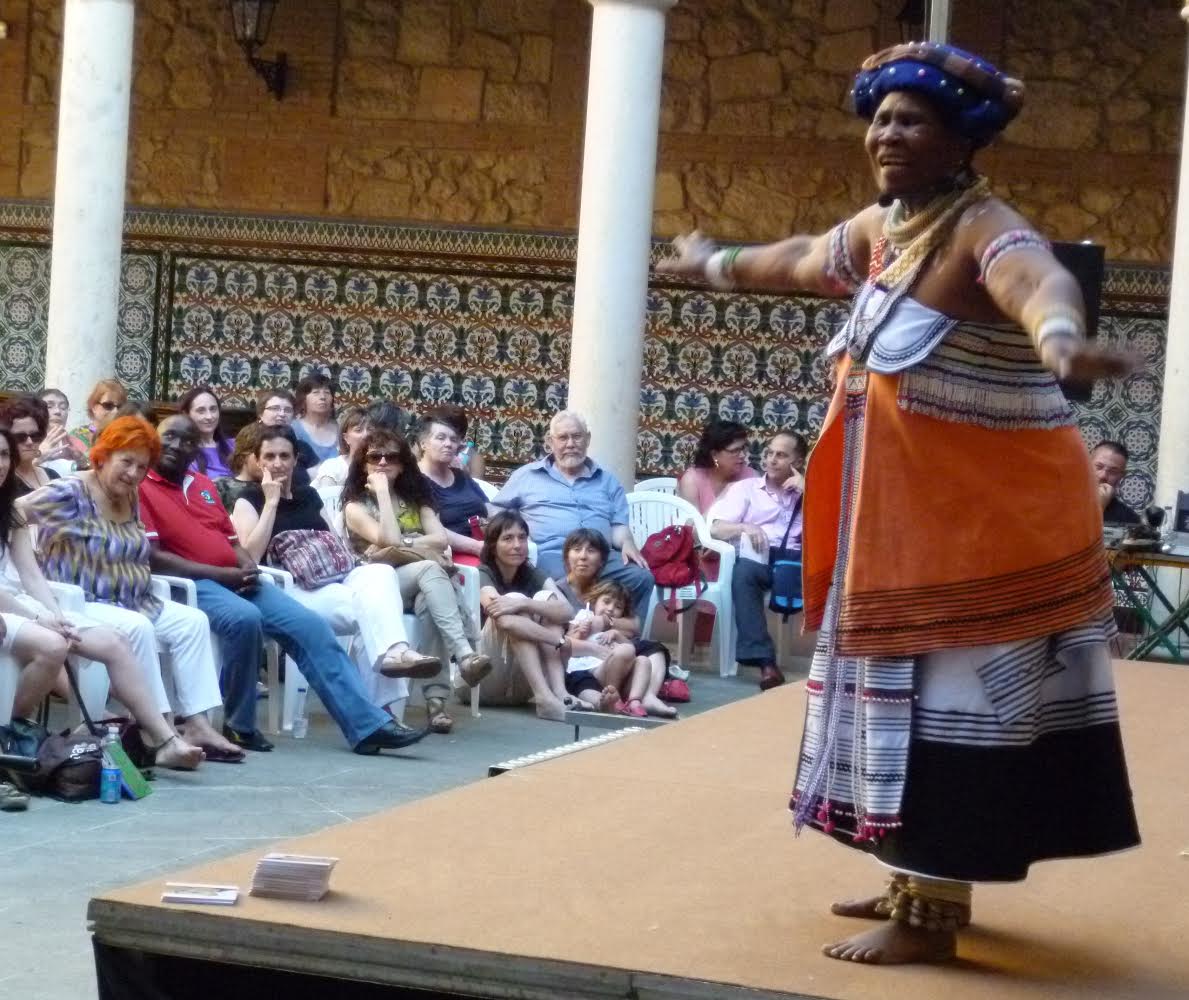 Internationally acclaimed legendary folklore Singer,
Songwriter and traditional instrument player Madosini has re-released her first album Power
To The Women which has been previously released by UK based label M.E.L.T 2000 in
1995.
Dr Latozi Mphahleni who is respectively and known by her stage name Madosini has
performed in festivals and stages around the globe and has been bestowed with accolades
in the continent and abroad. Power To The Women was Madosini’s first official album to be
experienced by listeners around the globe. Her song Wen’usegoli also featured in the South
African film, Yesterday (2004). M.E.L.T short for Musical Energy & Loud Truth has also
released titles from artists such as Busi Mhlongo, Amampondo, Madala Kunene and Carlo
Mombeli.
With the assistance of ALT BLK >>, a community of artists that seeks to develop, support,
release and archive music by alternative and independent artists, successfully facilitated
Madosini obtaining the masters of Power To The Women and will continue the process rereleasing more of music on various platforms. This album marks the first of three albums
which will released in the latter part of the year.
“Power To The Women comes after an extensive history of partnership between Madosini
and ALT BLK’s mother visionary Oneshushuday Artistry. Madosini was a key feature in
their Riversong Collaborative Arts Festival which takes place in the beautiful village of
Hamburg in the Eastern Cape and the intergenerational conversation, At The Feet Of A
Living Archive curated alongside Young Blood Arts and Culture Development in Cape
Town and contemporary music makers who are greatly inspired by Madosini’s music.
Madosini believes deeply in the generosity of sharing her wealth of musical and traditional
wisdom to the generations following her.” added Msaki, owner and founder of independent
label, Oneshushuday and member of ALT BLK >>.
2020 was a sweet and sour year for Mqhekezweni born cultural icon, Latozi Madosini
Mphahleni after her hospitalisation in France in November 2019. She received an honorary
doctorate in Music from Rhodes University for her incredible contribution and skill of
making, playing and teaching traditional Xhosa music of uhadi and mhrubhe musical bows,
and the isitolotolo in South Africa and internationally for decades. She was also named the
featured artist of 2020 by the National Arts Festival. June 2020 also saw the beginning
stages of Build Madosini A Home fundraiser lead by Root Spring Music. It is an appeal to
members of the global community to support the worthy cause of building this living legend a
home and retirement she deserves. The fundraiser has since been supported by a number
of individuals and organisations.
The album is available on all digital platforms.