TAVERNS TO PLAY THEIR PART IN RESPONSIBLE PRACTICES OVER FESTIVE SEASON 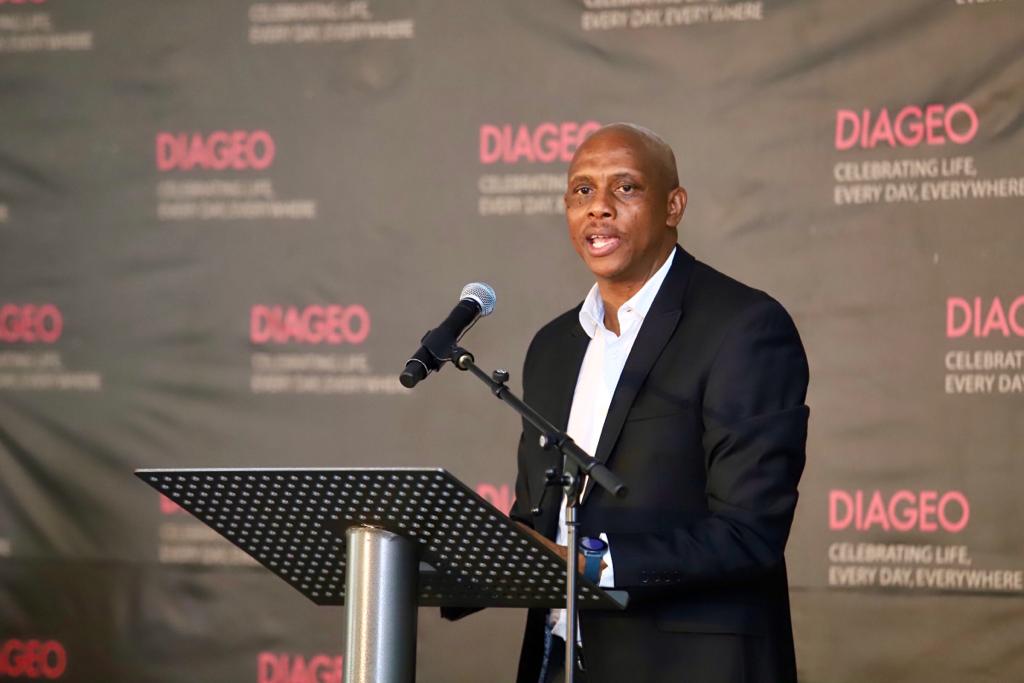 [Johannesburg, 19 November 2020] – The tavern industry should play its role in promoting responsible behaviour and avoid the pressure to immediately recoup the financial losses suffered from alcohol sales ban during the coming festive season.

This was among the key conclusions to be drawn from a summit of tavern owners and industry stakeholders on Thursday 19 November where the need to promote responsible trading and responsible consumption was highlighted.

The summit explored ways in which the industry can seek to create and operate in a safe environment regarding COVID-19 and contribute to the fight against gender-based violence.

The event, held at Kameeldrift East, outside Pretoria, was hosted by the Gauteng Department of Economic Development and the Gauteng Liquor Board, in partnership with the leading global spirits maker Diageo SA.

According to industry figures, the 14-week ban on the sale of alcohol, allied to the one-month ban on the export of alcohol from SA, saw the annualised impact to GDP of a loss of R54.7 billion. In 2019, the industry made an annual contribution to GDP of R172 billion (2,3% of GDP). The ban further resulted in a loss of 165,371 jobs throughout the alcohol value chain.

Diageo SA Corporate Relations Director Sibani Mngadi said the alcohol industry was focusing its energy on ensuring that registered liquor outlets trade in a responsible manner which supported national efforts to curb the spread of COVID-19 and also help shape the economic recovery.

“As we begin to sell, let us avoid taking shortcuts to recover the losses we have had this year,” said Mngadi, who also serves as the Chairman of South African Liquor Brand-owners Association.

In addition to complying with the normal regulations under the Liquor Act, tavern owners were urged to adhere to all COVID-19 level 1 regulations.

“Let us avoid filling up our taverns beyond 50% capacity that is currently required under lockdown level one rules. It is our duty as traders to teach our patrons social distancing, wearing of masks and use of sanitizers. Let us also comply with cut off time of 12 midnight to comply with the curfew. These are things that are within our control as tavern owners,” said Mngadi.

Raymond Martin, CEO of the Gauteng Liquor Authority, said: “Non-compliance is not a white or black problem, it is everyone’s problem.” He further urged liquor outlets to trade responsibly and play their part in combatting GBV.

President Cyril Ramaphosa earlier in November announced a relaxation of alcohol trading rules as part of a general easing of COVID-19 lockdown regulations.

There are 34,500 registered licenced tavern owners in South Africa, supporting more than 200,000 dependents, thus playing an important economic as well as societal role in communities across the country.

With taverns being at the centre of the township and rural economies, tavern owners expressed their willingness to contribute meaningfully in helping address the challenge of GBV.

Mngadi said the alcohol industry has developed a Social Compact on Alcohol which mobilizes all stakeholders to work together in reducing alcohol harm and committed to spend a minimum of R150 million per annum on implementing the four pillars of the Social Compact. In addition to GBV, the Social Compact is focused on addressing the following three priority areas:

“Our aim as an industry is to address the issues of alcohol in society through measurable and evidence-based initiatives. As a combined force with Government, civil society and other stakeholders, we can bring about an enormous social change to the way that alcohol is viewed and consumed in South Africa,” said Mngadi.