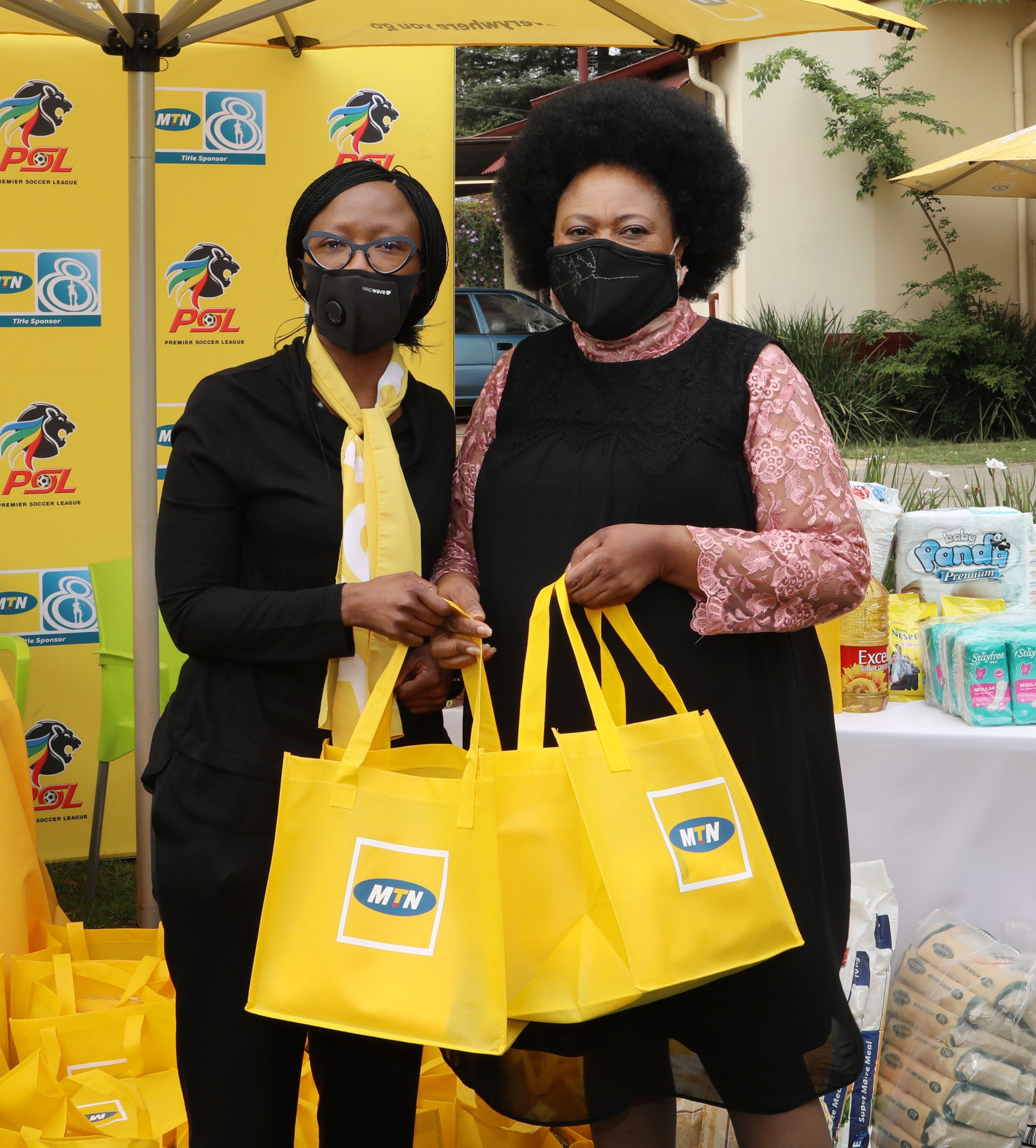 Today, MTN together with the PSL and the 2019 MTN8 champions, SuperSport United FC, donated goods worth R160 000.00 to the Pretoria based “Tshwane One Stop Shelter” a division of the Youth for Survival NGO. The goods were purchased from the funds raised from the 2019 MTN8 Goals for Charity initiative.

The Tshwane One Stop shelter provides accommodation to victims of gender-based violence and addresses the social and economic development challenges that are faced by women and children from economically disadvantaged communities. The shelter offers beneficiaries skills programs aimed at enabling them to earn a living once they leave the shelter.

MTN launched the Goals for Charity initiative in 2018 during the MTN8 2018/19 tournament. The purpose of the initiative is to complement the good work that is already being done through the MTN8 Legacy programme in schools. The Legacy programme includes the hosting of  soccer clinics and donation of Dream Bags, consisting of football and netball kits to disadvantaged schools. The MTN8 Goals for Charity initiative, was then introduced to provide aid to charitable organisations in the communities to further demonstrate that the MTN8 tournament benefits everyone, and not only the football teams or fans.

The funds are raised through the goals scored during the regulated 90 minutes of the matches, for the duration of the tournament. Last year, each goal scored qualified for a R10 000 donation and as a result a whopping R160 000.00 was raised from the splendid 16 goals scored throughout the tournament.

Nomsa Mazibuko, Brand and Communications General Manager at MTN SA said: “We are delighted to have been involved in this heart-warming initiative, it is such a wonderful highlight  from the exciting MTN8 tournament. Credit must go to all teams that participated in the 2019 tournament; whose goals scored resulted in the funds being raised towards this worthy cause.

Such initiatives give us the opportunity to give back to the communities we operate in and re-affirm the belief that we are good together.”.

“We would like to thank MTN for their generous giving spirit, especially during this difficult period we find ourselves in. Our organisation and communities rely on such partnerships from organisations such as MTN for survival. With all that we have received from MTN we will be able to provide nutritious meals as well as restore the dignities for our beneficiaries and communities. Indeed, umuntu ngumuntu ngabantu” says Mme Mandisa Mathe, founder of Tshwane One Stop shelter.